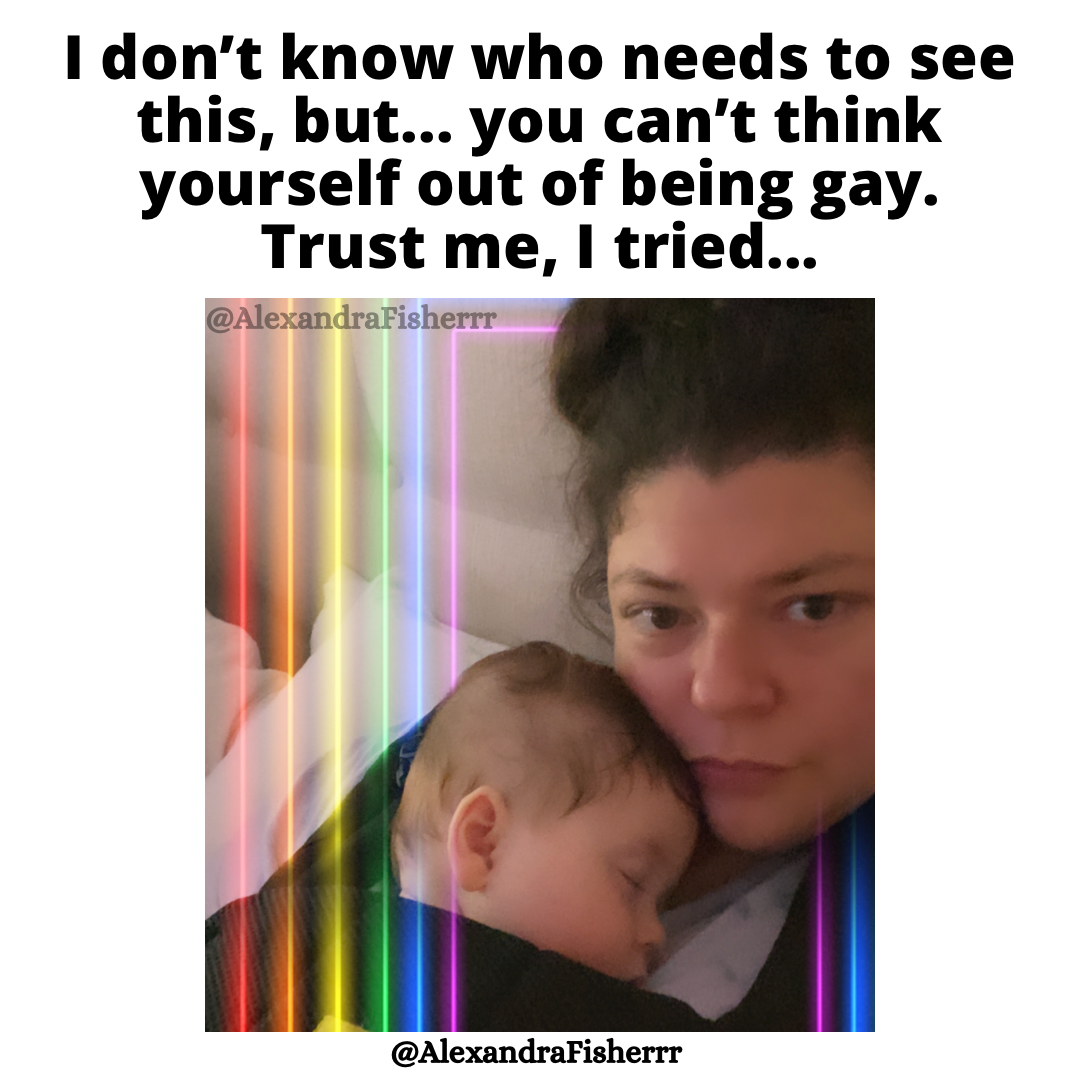 I’m almost positive, 8th grade was the first time I questioned my sexuality. My friends were starting to show an interest in boys. I’d pretend to feel the same way, but I didn’t. I wasn’t sure what my problem was, but I didn’t think I was gay. In my own head, I felt so ashamed of how I felt. So, for a long time, I claimed to be asexual, which felt safer than owning being gay.

The last time I dated a man, my son was 6 months old. I desperately wanted to give my son that “wholesome American family”. I tried to settle, but I couldn’t. As with all of my past relationships, it was short lived. That New Year’s Eve, I went to write in an old journal that I had come to terms with the fact that I was gay. I was going to come out and live my life authentically, once and for all. I felt I owed it to my son. How could I tell him to have the courage to live his truth, if I couldn’t do the same?

When I was done journaling, I flipped a couple pages further in the journal to the next entry. The last time I had written in the journal was exactly 5 years before, and was almost the exact same entry. I was claiming “I know I’m gay. This is going to be the last time I come out. I’m not going to pretend to be straight anymore.”

I openly came out, December 2016. Most people were shocked. Some thought it was a prank (I can’t blame them- it’s me). And, for whatever reason, the ones that hurt the most, were the comments that “it’s just a phase”. It took A LOT for me to come out, so to treat it like something whimsical, irked me.

No one comes out as straight. I don’t owe anyone an explanation for who I am. At the same time, I’m not ashamed of who I am. I think we all tend to spend too much time worrying about what others might think, and not enough time honoring our own truths. Hopefully by my sharing my story, it can help someone live their authentic life, whatever that might be. Finally owning that I wasn’t heterosexual was scary, but it was even more empowering and liberating. Plus, anyone worth your time, will accept and love, you for YOU!
………
Follow @AlexandraFisherrr
#themommyconfessions

Posted in End The Stigma, LGBTQ+