The Reality Of Motherhood

March 1, 2021 / Alexandra Fisher / Comments Off on The Reality Of Motherhood 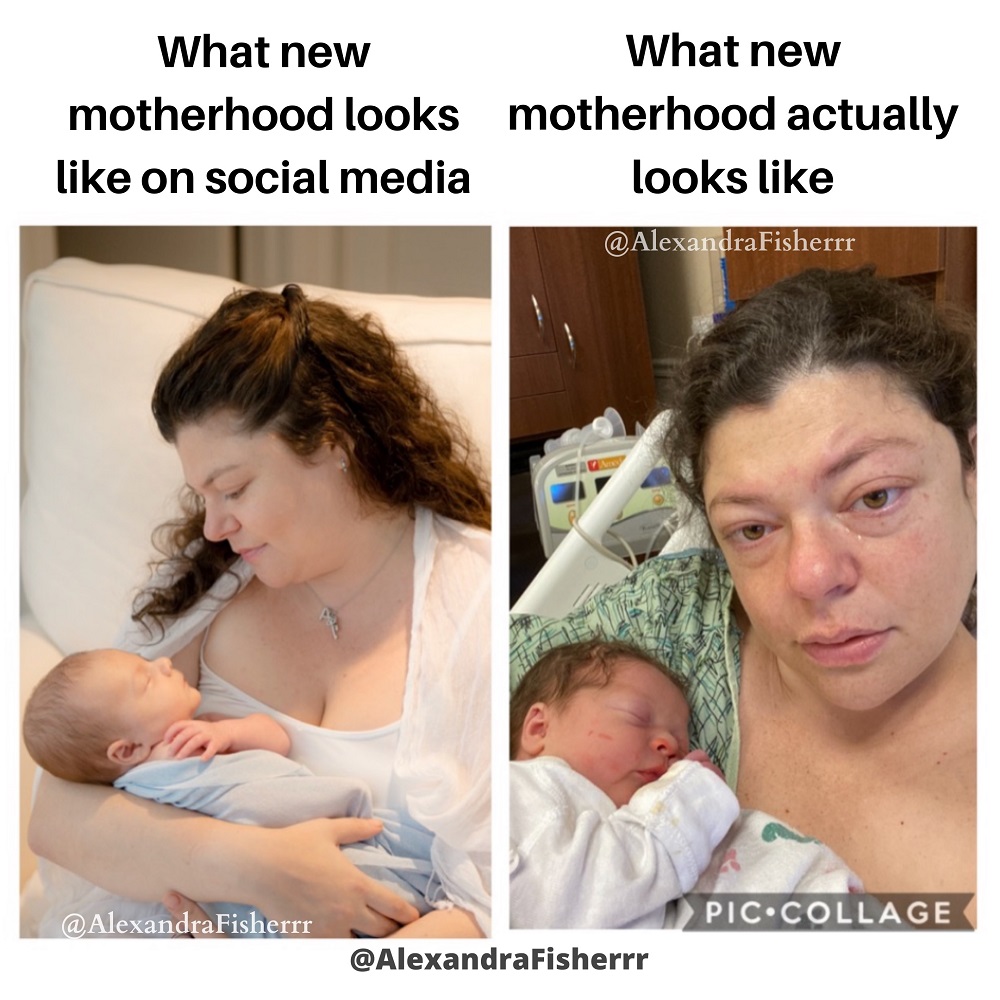 The Reality Of Motherhood

March 1, 2021 / Alexandra Fisher / Comments Off on The Reality Of Motherhood

When my son was born, I was on a high for the first 24 hours. But, then I crashed. Hard. I literally could not stop crying for the first two weeks of his life. It had nothing to do with him. He was the only thing that made those 2 weeks, bearable. It was the plummeting of my hormones.

When I was pregnant with my daughter, I warned my OB to expect me to crash after delivery, and that I’d be fine. It’s just something “I do”.

When I was admitted to the hospital, I warned the staff of the same. I knew what to expect this time around.

Honestly… it didn’t actually make it better. When I crashed, I still felt crazy, inadequate, and like a bad mom.

Unfortunately, during the birth of my daughter, I hemorrhaged, so I think that made things that much more difficult. After she was born, I was convinced the hospital was going to take her from me, bc “I was crying too much”. 🙄

When I say “I was convinced the hospital was going to take her from me”, I mean, I literally thought I wasn’t going to be allowed to go home with my baby. It was entirely in my head, but it was real to me. I’ve struggled with panic attacks, but this was the worst panic attack I’d ever had. I couldn’t breathe. I thought I was going to have a heart attack. I was not ok.

My eyes were essentially swollen shut that first week after my daughter was born. Only a few VERY close friends, and my parents, knew the full story. I was so ashamed.

I’ve been too afraid to share my truth about how I crash after I give birth, but hopefully by sharing my story, it might help someone else.

To anyone struggling- You are not alone. We are all perfectly imperfect, in our own ways.